No Water Job is Too Big! 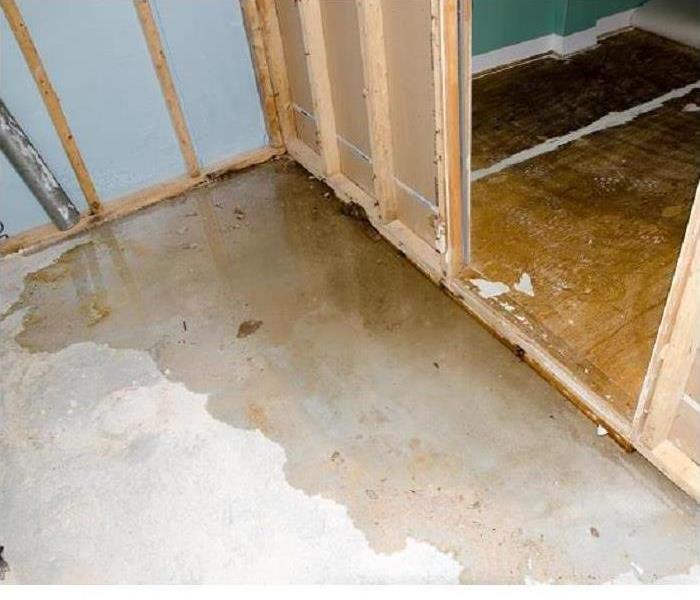 When the water leaks, where does it go?

After noticing her washing machine leaking, a local homeowner decided to call SERVPRO of Bloomington/Pontiac. Our crew arrived promptly and immediately began the extraction process. Good news was, we were there quickly before it could get worse-the bad news was it was far more extensive that they thought. Upon further inspection, our team found that the continuous hard floors in the home showed significant signs of long term water damage.

After taking a few moisture readings and exposing what was under and behind the walls, the crew discovered the subfloor was saturated with water and very brittle. Before we began removing the floors, we removed the homeowner's furniture, keepsakes, and other belongings in the affected areas. The items were packed up and moved to our safe and secure storage space. Once the moveout was complete, our trained team began removing the affected drywall and flooring. Then special drying equipment was set up to dry out the structure.

After the structure was completely dry, we prepped the areas for the restoration process. All during this-keeping our homeowner up to date on what was going on.

We were able to save most of the structure, rebuild and replace what was necessary in a quickly and timely manor and have the home back to the way it was quickly.

At SERVPRO, we strive to get you back to where you were....and better. We are here for you and your home.